A BIG THANK YOU! The Suddenly Pink Foundation Is Proud To Be Sponsored By UNITED AIRLINES 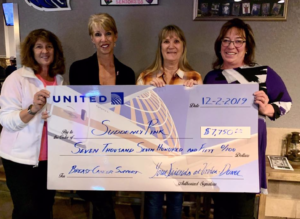 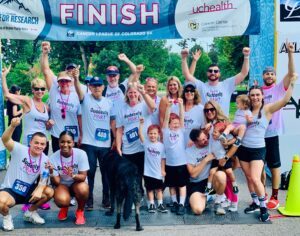 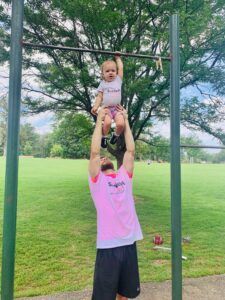 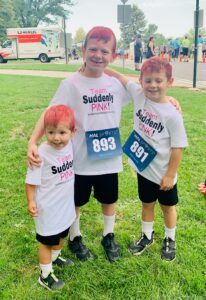 It was May, 1998.  Life was great, had 3 teen kids, and a loving husband who raced super stocks locally. In June of 1998 my husband Michael doubled over. I thought, oh my god it’s his liver.

You see he was waiting on the transplant list for a new liver. He had a very rare condition called PSC. Instead, he was diagnosed with end stage colon cancer. His colon had ruptured which put him into septic shock.
After numerous surgeries, the cancer had spread.  We took him home December 22nd.  He was in Hospice Care. He slipped into a coma on January 6th, 1999, and passed in his sleep January 9th, 1999.  He was 38.
The kids were 12, 14, and 17.  I was a home daycare provider trying to work, and take care of all my kids.  It was hard, I let myself go, I was gaining weight. I was so sad, so scared, What the heck was I going to do?
No life insurance, his job,”Guy’s Floor Service” continued to pay his wages to me until his death, God bless them. We buried Michael 10 days later,
In February, my grandmother passed away. I thought, what am I going to do without my grandma, she was my one person I could go to. 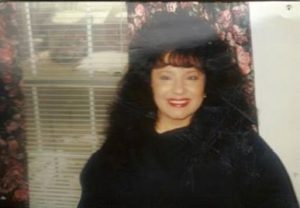 Me before my life fell apart.

March 2nd, I found a lump in my breast In the cleavage area. I called my doctor and got in that afternoon, she sent me to Sally Jobe.  I had an ultrasound and a needle biopsy, when they tried to aspirate it and nothing came out.  I just knew it was breast cancer. (remind you I had a mammogram on my birthday in June of 1998 and was negative). My father’s side has a history of breast cancer.
I happened to be having lunch with a dear old friend of mine, Keith.  Keith’s and my families go way back. Keith and his ex wife are my son’s godparents. We had a lot of catching up to do.
I told him I was waiting for a phone call that I had found a lump in my breast.  I got the call and just lost it………. Keith was such a comfort at a time I had no clue but to fight.  I was my kids only parent and I will be goddamned if I was going to let cancer win. I was told it was late stage 3. I got in to see cancer doctor and surgeon that next week.
When Keith showed up to my appointments I was thinking, what are you doing here?  He said “I told you, you are not alone in this battle and I want to be there for you.”  I decided on a Double Mastectomy. My chances of survival were the best odds of going this route. Losing my breasts were my womanhood, I had a really nice big set too. But I had to think of my children and to survive no matter what.  My surgery was one St Patrick’s Day, March 17th 1999 . It was 11 hours of surgery. I had 2 teams of Doctors.  One team removed my breast and the cosmetic surgeon rebuilt my new breasts. I was in recovery for 6 hours. Keith was there the whole time, I was told he bought everyone dinner. 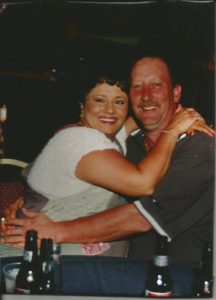 The man who helped me through it all, Keith!

He even stayed the night with me in the hospital. I had some infection so I had to go home with IV antibiotics. I had 5 total breast surgeries.
I started my Chemo treatments. Oh, that first one was hell.  I had the nurse from hell. She said, “You have beautiful hair, but you know you are going to loose it in 21 days?”  Like, if I really needed to hear this!?!?  Of course, I knew this!  When we came home we went to the Avalanche game.
I lasted two periods and Keith took me home.  He said ” I hate you being here alone” I said I will be fine.. Two days later, my landlord gave me notice to move. Where was I going to go?  Keith to the rescue.  He said you and the kids can move in with me.  I said, “Ummm, I have a dog and a cat and 3 teens.”  He said, “I know and I have always cared about you.” I told him I was not ready to commit to anything more. He was okay with this. 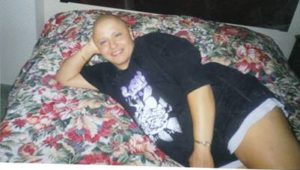 After my hair fell out.

My hair was starting to fall out. Keith said, “Let’s go shopping.”  He took me to buy 2 wigs. We had a scheduled trip to las vegas.  When we got there I said I needed to shave my head. He said, “Let me do it.”
He shaved it.  When I looked in the mirror I didn’t know who I was. I hated every minute of it.  My boobs where gone and now my hair. I was so lost and hurt and pissed at God for putting me through so much turmoil.
I had 6 rounds of chemo, and 5 years of tomophen, that drug I didn’t like at all. I had to have a partial hysterectomy in 2000, due to that drug.
September 30th, 2000, Keith and I were married in Las Vegas with our 6 children and numerous friends. He loves me unconditionally through every surgery, every chemo treatment.
In 2013, my daughters did the BRCA1/BRCA2 blood tests. My oldest daughter was positive and had an elective double mastectomy. She said, “I will not go through what my mother did.” Her insurance company agreed.
Life throws you curveballs. Life is not easy. But life, your life, is what you make of it.  I chose to fight and I won. 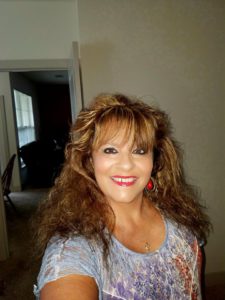 The Suddenly Pink Foundation Is Proud To Be Sponsored By

We now have a GuideStar Bronze Rating 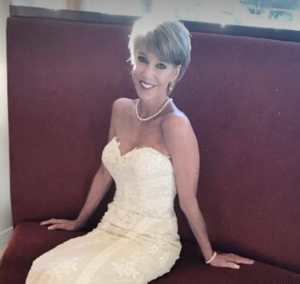 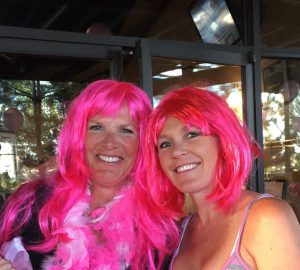 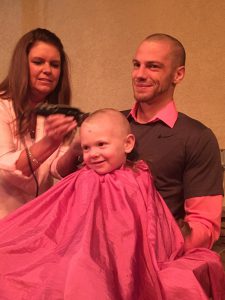 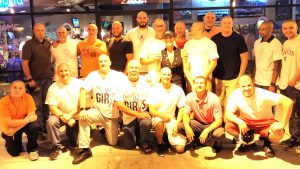 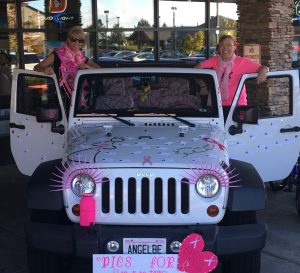 Donate to our cause here! 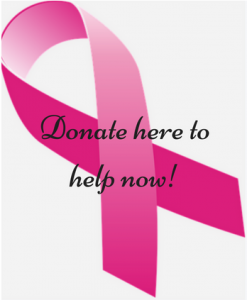 You may email us at: